Reps Rallies Again In The Seniors, Wagner Dominating The Juniors 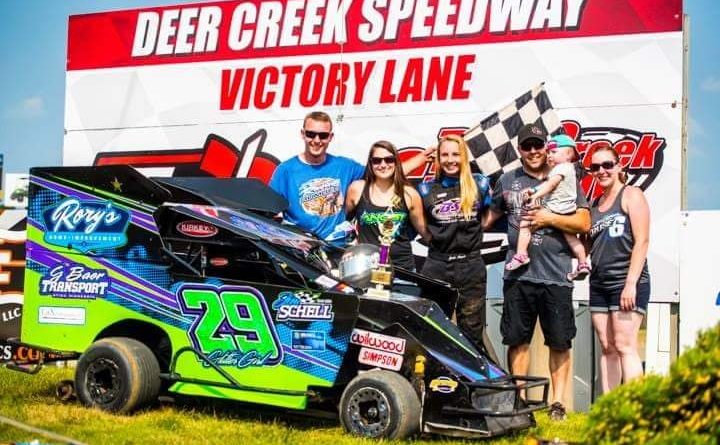 Reps Rallies Again In The Seniors, Wagner Dominating The Juniors

August 18, 2018 Blake Trucking Slingshot races at Deercreek Speedway in Spring Valley, MN is soon coming to a close, and in just one more week, champions will be crowned for the 2018 slingshot season. For some racers, it will be bittersweet since this will be there farewell slingshot career race. Hopefully we continue to see these racers on the big track in the upcoming years.

In the Junior class, it was the 59 of Mason Stockhausen on pole with the 43 of Koby Wagner on his outside. Inside second row was the 7C of Curtis Parmenter. With both Wagner and Stockhausen winning a heat race earlier in the day, it was anyone’s race for the feature. A slow start by Stockhausen gave Wagner the opportunity he was looking for and he was able to pull out in front to take the lead. The 7C of Parmenter found himself spinning in turn four to bring out a caution and close the gap for the restart. Wagner again pulled out to a commanding lead to bring home yet another feature win to his 2018 season. The 59 of Stockhausen came in 2nd and the 7C of Parmenter in 3rd.

The Senior feature was led by the 29 of Lilli Reps with the 25 of Joe Chisholm on her outside. Second row inside was the 8T of Toby Kennedy with the Kolt34 of Kolton Brauer on his outside. Third row was the 20 of Gage Motl. Coming away from her first Button Buck feature win one week ago, the 29 of Reps was back out in front looking for another win this week. Right away Reps led the pack with at least a four-car lead by lap four. The Kolt34 and the 8T of Kennedy connected coming into turn four to bring out a caution. With the 8T being charged with the caution, the 20 of Motl was able to move up into 4th place and the Kolt34 into 3rd. The 25 of Chisholm was trying to chase down the 29 of Reps, but with every lap she lengthened her lead. The 20 of Motl spun coming out of turn four when his back tire came off after his hub broke. Unfortunately, Motl was unable to finish the feature and was forced to pull off. Back on the track, the 29 of Reps continued to drive away from the 25 of Chisholm who ended up fishing in 2nd ahead of the Kolt34 in 3rd and the 8T of Kennedy in 4th. The 29 of Reps brought home the checkered flag for the second week in a row for her second feature win of the 2018 season.

Heat race winners included the 43 of Koby Wagner, the 59 of Mason Stockhausen, and the 29 of Lilli Reps. 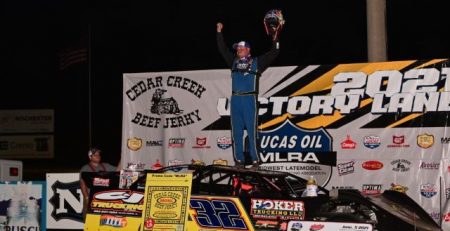 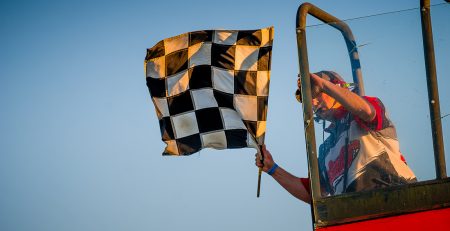 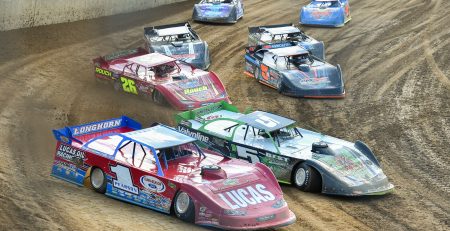 Championship Battles Come Down to Wire

SPRING VALLEY, Minn.—Just when he needed it most, Jason Hughes was able to blend together experience and hard work... read more