Spring Valley, MN – Shanna Motl: The sun was shining on the August 19, 2017 Blake Trucking slingshot races at Deer Creek Speedway and as the seasons comes closer to the end, one driver clenches a victory he has waited all season for.

The Pee Wee slingshot feature had the 7C of Curtis Parmenter on pole with the 78J of Tucker Jacobs on the outside. While the 7C of Parmenter had a powerful start at the green flag, the 78J of Jacobs got around Parmenter in turn 2 to take over the lead. With Parmenter unable to catch Jacobs after that, Jacobs finished in 1st to take home his 8th first place finish of the season.

The Junior feature race had the 8T of Toby Kennedy on pole with the K34 of Kolton Brauer on the outside. The 43 of Koby Wagner started 2nd row inside. Kennedy and Brauer were side by side into turn 1, until the 8T got turned around and brought out an early caution. With the K34 now out in front on the restart, it was the 43 of Wagner looking to challenge Brauer for the win, but the steady driving of Brauer secured his 8th feature win of his season. The 43 of Wagner finished in 2nd, and the 8T of Kennedy in 3rd.

The Senior slingshot feature had the 25 of Joe Chisholm on pole with the 77 of Hunter Kennedy on the outside. The 20 of Gage Motl started 2nd row inside alongside the 28jr of Devin Born on the outside. The 29 of Lily Reps started 3rd row inside. The 77 of Kennedy and the 25 of Chisholm were side by side until Kennedy made his stand and took the lead away from the 25 car. Even with cautions and restarts plaguing this 18-lap feature, the skilled driving abilities of the 77 of Kennedy rallied to stay out ahead and collect his first Senior slingshot victory of his slingshot career. With high fives and fist bumps from friends and family, he proudly accepted his first place trophy! The 28jr of Born finished 2nd, the 25 of Chisholm 3rd, the 20 of Motl 4th, and the 29 of Reps 5th.

Heat race winners included the 7C of Curtis Parmenter, the 8T of Toby Kennedy, and the 25 Joe Chisholm. 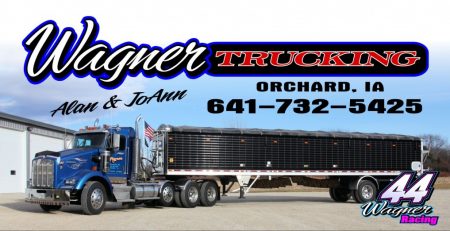 Season Set to Open This Weekend at The Creek 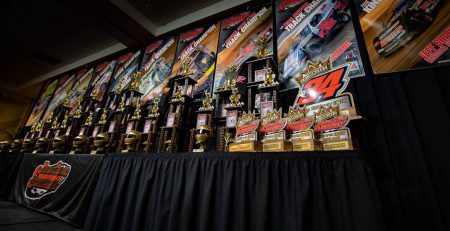 Turn in Your Vacation Slips for the 2013 Season 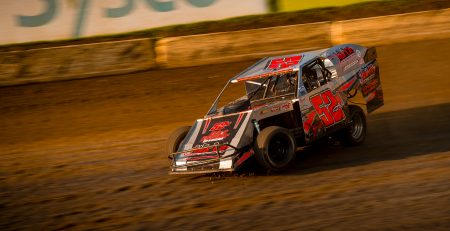