August 6, 2016-By Shanna Motl: Blake Trucking Slingshot races at Deercreek Speedway in Spring Valley, MN were back on track after a rain out the week prior.  That meant a double feature race for this week. However, the track turned out to be quite a challenge for these young drivers with plenty of cautions throughout the races.

Let’s begin with the pee wee feature from July 30, 2016. On the pole was the k34 of Kolton Brauer alongside the 411 of Gavin Oldefendt on the outside.  Second row inside was the 43 of Koby Wagner with the 8T of Toby Kennedy on the outside.  Third row inside was the 247 of Anthany Ihlenfeld with the 7C of Curtis Parmenter on the outside.  Right away we had 2 cautions before a full lap was completed causing them to lose the 8T of Kennedy and the 247 of Ihlenfeld to the infield.  On the third restart, the k34 of Kolton Brauer had a clean start allowing him to pull away from the 411 of Oldefendt and 43 of Wagner.  Wagner and Oldefendt continued to battle for 2nd and 3rd place positions while the 7C of Parmenter brought up the tail in 4th.  This 10 lap make up feature race belonged to the k34 of Brauer who ran away with this one early on and come away with the checkered this week.  The 43 of Wagner came in 2nd, the 411 of Oldefendt in 3rd, and the 7C of Parmenter in 4th.

The junior make-up feature began with the 28jr of Devin Born on pole this week with the 20 of Motl on the outside.  Second row inside was the 88B of Brady Boland with the 12 of Aiden Howard on the outside.  Third row inside was the 109 of Aiden Leonard.   Several cautions plagued this junior class feature as well with position changes between the 28jr of Born, the 12 of Howard, the 109 of Leonard, and the 88B of Boland.  Motl was able to pull ahead of the 28jr of Born on the start and managed to lead all 12 laps of the makeup feature race.  The final caution caused the 109 of Leonard to pull into the infield, and at the finish it was the 20 of Motl finishing in 1st, the 28jr of Born in 2nd, the 88B of Boland in 3rd, and the 12 of Howard in 4th.

The senior makeup feature was led by the 25 of Joe Chisholm with the 18R of Evan Reyna on the outside.  Second row inside was the 44 of Karlie Wagner with the 4W of Tucker Williams on the outside.  Third row inside was the 34jr of Braden Brauer with the 77 of Hunter Kennedy on the outside.  Experience was the key to the track today with Chisholm able to pull out in front for the lead with the 44 of Wagner moving into 2nd followed by the 18R of Reyna in 3rd.  The 4W of Williams fell back looking to regain a position and did just that getting around the 34jr of Brauer who was in 4th.   A caution with 2 laps to go gave Wagner the chance to get around Chisholm, but Chisholm had the checkered flag in site keeping Wagner behind him.  The 4W of Williams got wide on turn four trying to get around the 44 of Wagner allowing the 34jr of Brauer and 18R of Reyna to get around him with one lap to go.  Chisholm hung onto his lead to pick up his first checkered flag of the season in the senior class followed by the 44 of Wagner and the 34jr of Brauer in 3rd.  The 18R of Reyna finished in 4th followed by the 4W of Williams in 5th.  The 77 of Hunter Kennedy had to pull off the track early on in the race and finished in 6th to wrap up the makeup feature races from July 30.

Kennedy on the outside.  4th row inside was the 36 car (unknown driver).   The lesson of sometimes slower is faster was learned on Saturday by the pee wee drivers with four cautions and 2 bad starts before the first 2 laps of this 10 lap feature.  It was a good day to be up front for the k34 of Brauer, who managed to stretch out his lead with each restart.  A battle for 2nd ensued between the 8T, the 43, and the 411 throughout most of the race.  The 247 of Ihlenfeld and the 411 of Oldefendt pulled off early from the race and were unable to finish.  The 7C of Parmenter and the 36 battled in the backfield for the 4th place position while the 43 of Wagner found himself moving back up into third from 5th after being at fault for the 9th and final caution of the feature race.  The k34 of Brauer was just too fast this week not allowing the 8T of Kennedy to catch him as he crossed the finish line in first place for his second feature win of the day and third for the season!  The 8T of Kennedy followed in 2nd and the 43 of Wagner in 3rd.  The 36 (unknown driver) finished in 4th with the 7C of Parmenter in 5th.

The second junior feature of the day started with the 20 of Motl on pole next to the 109 of Aiden Leonard on the outside.  The 88B of Brady Boland started 2nd row inside with the 28jr of Born on the outside.   Again, it was the 20 of Motl who pulled out to an early lead.  The 88B of Boland slid around the 109 of Leonard to take over 2nd place.  The 28jr of Born, who had an unfortunate breakdown in the heat race, tried to move up into the top 3, but his car just wasn’t up for the battle and was running in 4th.  Motl never let up running smooth to the finish to bring home his second feature win of the day and third first place finish of the season! The 109 of Leonard came in fast in turn 4 looking to make a move on the 88B of Boland for 2nd, but contact by the 109 sent the 88B of Boland off the track giving the 88B the 2nd place finish and the 28jr of Born in 3rd.  The 109 of Leonard was charged with the caution and given the 4th place finish.  The 12 of Howard was unable to make the feature due to a breakdown.

The redraw for the second feature race for the senior class had the 34jr of Braden Brauer on pole alongside the 25 of Chisholm on the outside.  The 44 of Wagner started 2nd row inside with the 4W of Williams on the outside.  The 18R of Reyna started 3rd row inside alongside the 77 of Hunter Kennedy on the outside.  The 25 of Chisholm pulled ahead of the 34jr of Brauer to take over the lead on lap 1, and a battle for 2nd ensued between the 34jr, the 44, and the 4W, with the 4W of Williams coming out on top to take over 2nd place followed by the 34jr of Brauer in 3rd.  The 18R of Reyna managed to stay ahead of the 77 of Kennedy until a breakdown caused him to pull off the track unable to finish the race.   The 4W of Williams was able to hang onto 2nd place at the finish ahead of the 34jr of Brauer who finished in 3rd.  The 44 of Wagner finished in 4th followed by the 77 of Kennedy in 5th.  It again was the steady driving of Chisholm in the 25 who again finished in 1st place for his second 1st place finish of the day, second in the season, to join the double feature wins of Kolton Brauer in the pee wee class and Gage Motl in the junior class!

Heat race winners included the k34 of Kolton Brauer and the 43 of Wagner in the pee wee class, the 20 of Gage Motl in the junior class, and the 4W of Williams in the senior class. 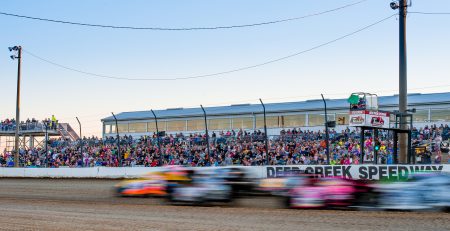 Spring Valley, MN - By: Todd Narveson Are you looking for a unique way of marketing process improvement for your... read more

Races Cancelled at The Creek

Due to current conditions and the pending forecast the races for tonight have been cancelled. SPRING VALLEY, MN - May... read more 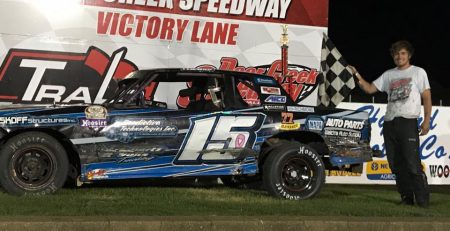 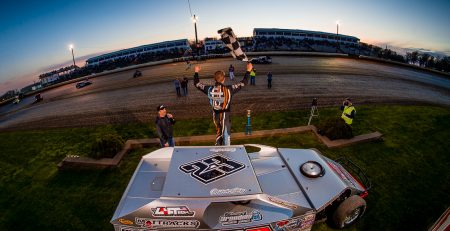 SPRING VALLEY, Minn.—Brad Waits took command at the drop of the green flag and proceeded to lead all 40... read more