The Deer Creek Speedway in Spring Valley, MN is excited to announce the schedule of events for the 2018 race season. This season will mark the 23nd year for the speedway and the 17th under the direction of the Queensland family. There are once again several big events that will make their annual appearances and there are also three new events. All of that to go along with the great weekly racing program that takes place every Saturday.

The annual season preview will be held with the car show at Clements Chevrolet in Rochester on Saturday, March 24. There will be an open practice session held on Saturday, April 7 which will give teams a chance to test their machines and another opportunity for fans to get a look at what will be racing for the upcoming year.

On Saturday, May 19; NAPA Auto Parts will present the North Star Nationals with the first ever Minnesota appearance of the Lucas Oil Late Model Series. This will bring some of the nation’s top Super Late Models to the high banks of the Creek. Then on Memorial Day weekend race fans will witness the nation’s top Modified drivers compete. The United States Modified Touring Series (USMTS) will invade the facility for the Southern Minnesota Spring Challenge.

June will roll in with two more point races on June 2 & 9. On June 16 the return of the school bus races and mascot night will take place. The bus races always entertain the crowd with something crazy every year. Another popular and successful event comes back on June 23 with “Pink-Out” night and Join-The-Journey to raise awareness and money in the fight against breast cancer. A huge fireworks display to celebrate our nation’s independence will take place after the races on June 30.

The next Saturday, July 7 the World Of Outlaws Super Late Models return for the 39th Annual Gopher 50. The Gopher 50 is one of those annual “must-see” events amongst race fans in this area. The race night on July 14 will again be drivers all five classes in another program for valuable track points.

Coming on July 21, expect another huge crowd when “Tasseldega Nights” returns. The night is to educate the fans on the corn growers and the ethanol industry presented by the corn growers of southeastern Minnesota. The perk for anyone that attends is admittance to the speedway is free that evening.

The month ends on the 28th with the 3rd Annual “Double Down-Driver Recognition Night”. Basically drivers can pay a voluntary small entry fee and then they can race for double the prize money they normally race for. Last year’s show drew a huge field of 134-cars in the five divisions. The afternoon and night is also meant to recognize the drivers and pioneers from our sport’s history.

August will see the final nights for track points and the battles heat up for track championships. Saturday, August 4 will be another point night and the following Tuesday, August 7 the speedway will host another huge event. The Harris Clash for IMCA Modifieds and Sport Mods will make the move to Deer Creek for a very prestigious event. It is also the very first time the speedway has hosted an IMCA sanctioned race.

Racing on August 11th will have the added spice of being AFCO Race of Champions Qualifier night for the WISSOTA sanctioned classes. Feature winners that night in the Super Stocks, Midwest Modifieds and Street Stocks will be qualified for the R.O.C. race held in Fergus Falls, MN in the month of September. Veteran’s night will return for the second straight year on August 18. The final Saturday of August which is the 25th, will be Season Championship Night where it is the final chance to accumulate track points and claim a track championship.

The Labor Day weekend will have the second appearance of the USMTS Modifieds for the annual Labor Day Duel that takes place on September 1. Sprint Car fans will get their fix on Saturday, September 15. The Interstate Racing Association (IRA) 410-Winged Sprint Cars will make their first appearance since June 11, 2011. Joining them on the all Sprint Car program will be the Upper Midwest Sprint Car Series with their 360-winged cars and the Traditional Non-Winged Sprint Cars.

The season will conclude with a bang for the 20th Annual Featherlite Fall Jamboree which is one of the most prestigious Modified events in the nation. The week kicks off on Wednesday, September 19 with an open practice session. Then the Modifieds do battle on Friday and Saturday with two, $5000 to win shows. On Saturday it is another complete program with a cool $10,000 on the line for the Modifieds. The USRA B-Mods will bring a big field of cars to race three complete shows in the three night modified extravaganza. 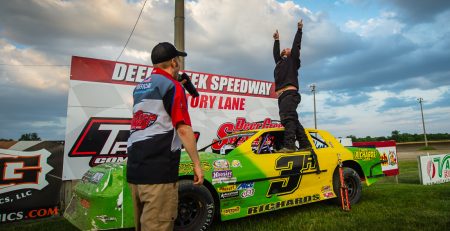 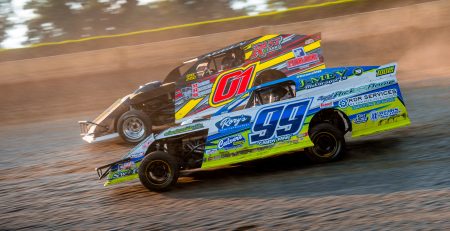 Midwest Modifieds to Invade the World 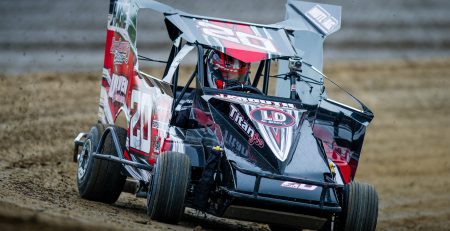