Super Late Models Return To “The Creek” This Week

Super Late Models Return To “The Creek” This Week

Spring Valley, MN – May 8, 2016 – By: Todd Narveson: The Deer Creek Speedway in Spring Valley, Minnesota will offer race fans in Minnesota another first time event this Saturday, May 14. The Lucas Oil Midwest Late Model Racing Association (MLRA) will make its first ever venture into the Gopher State for a show Late Model fans will surely not want to miss.

The series based in Missouri has a storied history that dates back to its inaugural season in 1989. Some of the best Late Model pilots in the Midwest are expected to make the northern swing which will also stop at the Dubuque Speedway in Dubuque, Iowa on Friday, May 13.

Some of the drivers that follow the series include defending series champion Terry Phillips of Springfield, Missouri who has five Modified wins at Deer Creek. Ryan Gustin of Marshalltown, Iowa also frequents the series and also has four open wheel wins at the speedway. Chad Simpson of Mount Vernon, Iowa boasts three Late Model wins at Deer Creek. Chris Simpson of Oxford, Iowa, Jesse Stovall or Billings, Missouri, Tony Jackson of Lebanon, Missouri and Jason Utter of Columbus Junction, Iowa are also series regulars. Jimmy Mars a two-time Deer Creek winner of Menomonie, Wisconsin has the race on his schedule and you can also expect Jordan Yaggy of Rochester, Minnesota.

Front gates will open at 4:00 p.m. with hot laps at 5:30 p.m. and the first green flag will drop at 6:00 p.m. For further updates and information go to www.deercreekspeedway.com. Also “Like” our Facebook page, follow us on Twitter @DeerCreekSpeed (#TheCreek) or view some previous season’s action on our YouTube channel. 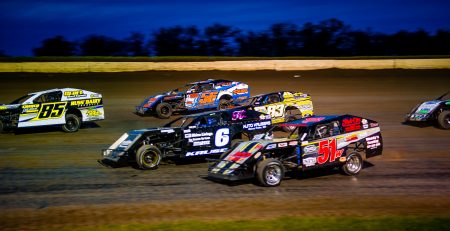 Spring Valley, MN (July 2):  It was an absolute picture perfect evening for racing at Deer Creek Speedway for... read more 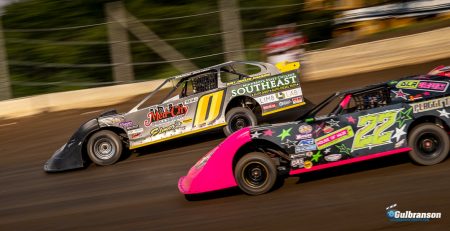 Race Monitor gives racers and spectators alike, the ability to view live timing and scoring during every event at... read more

Ride along with Jake Lampert in his #11 USRA Iron Man Stock Car during his heat race at Deer... read more