Spring Valley MN – August 23, 2015:  Deer Creek Speedway again had to fend off the weather as the season starts winding down for the season.  With inclement weather a possibility the speedway went on with their normal racing action on Saturday night.  The show pushed along quickly but was halted about two hours into the program with rain moving into the speedway during the MW Modified feature event halting the racing for the night.  Racing action will resume Saturday August 30th with all 5 regular classes racing at the speedway.  The WISSOTA Super Stocks and USRA Modifieds will run their rained out features on the 30th.

Ben Moudry and Cole Queensland battled for the lead on lap one until Moudry took control of the Wagner Trucking USRA b-Modified feature on lap two.  Trevor Fecht quickly moved into the third spot with Brandon Hare following through into fourth.  A caution on lap nine saw Queensland again pressuring hard while Hare took over the third spot.  Thirteenth starting Andrew Bleess worked into the top five after the restart.  Three laps later Erik Kanz was on a mission and after starting seventeenth on the field had moved inside the top five and was racing Fecht for the fourth spot.  At the checkers it was Moudry with the win, Queensland, Hare, Fecht and Kanz rounded out the top five. Heat races were won by Fecht, Queensland, Moudry and Jayden Larson

The KIK Graphics WISSOTA Street Stocks were up next with their feature event.  With threatening weather moving in Troy Voth jumped out to the early lead.  Nick Schwebach and Danny Hanson battled for second on lap one.  Next lap Danny Richards made it a three car battle for second.  On lap three Richards pulled alongside of Voth for the lead and was credited with the point as the first caution flew on lap four as Zack Elward rolled his machine in turn two.  On the restart Richards led with Hanson taking over the second spot.  Mike Blowers and Schwebach worked past Voth to take over the third and fourth spot as Voth slowed and pulled off the track.  Richards held on for the win with Hanson close behind in second.  Blowers, Schwebach and Bernie Adams rounded out the top five.  Heat races were won by Blowers and Schwebach.

With light sprinkles coming down the Dirt Doctor Trucking WISSOTA Midwest Modifieds pulled onto the track. Jared Boumeester and Jason Born battled early for the point with Boumeester taking the point on lap one.  Dustin Scott quickly worked into the third spot and on lap three took over the second spot.  Dan Wheeler moved into the fourth spot as the rains started to pick up in intensity.  Wheeler moved past Born for the third spot on lap four.  As the racers neared the halfway point of the feature you could tell traction was getting less and less and on lap ten the yellow flew for the field.  After raining for a few more minutes the race was called complete.  Jared Boumeester was credited with the win, Dustin Scott, Dan Wheeler, Jason Born and Jimmy Patzner rounded out the top five.  Heat races were won by Scott and Boumeester. 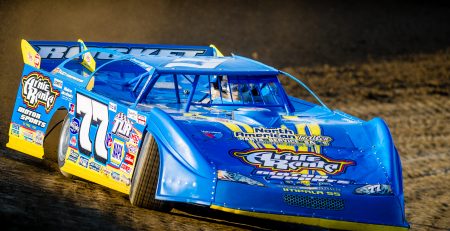 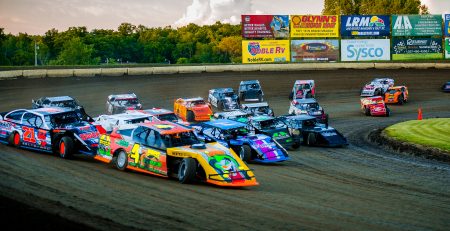 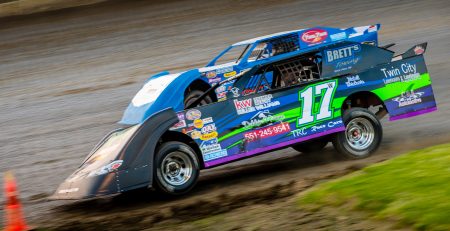