Champions crowned at The Creek, 2014 track titles officially in the books

Champions crowned at The Creek, 2014 track titles officially in the books

SPRING VALLEY, MN – August 23, 2014 (Photos courtesy of Buck Monson Photo)  A warm and muggy evening for racing was preceded by a wet and rainy morning which had the track crew very busy through the day trying to get a track race ready. Track held up great throughout the night with a little wheel packing throughout the night.

The first feature on the track after all the preliminary racing was completed were the Dirt Doctor Trucking WISSOTA Midwest Modifieds. Mike Mehling jumped out to the early lead with a five wide battle for second out of turn four. The next lap they were four wide to the backstretch for the second spot before Dan Wheeler finally moved into the second spot. Ryan Goergen took over third with Cory Crapser taking third away on lap three. Behind Crapser Dustin Scott moved into the fourth spot on lap four with Jared Boumeester taking over fifth. With five laps completed Crapser and Wheeler were side by side for the second spot on the rear bumper of Mehling. With six down they both moved past Mehling with Crapser leading. Scott quickly took away third and on lap seven moved past Wheeler for the runner up position. Nine laps in and Crapser and Scott moved into lapped traffic. Scott moved alongside of Crapser by was unable to move into the lead. From there Crapser took control of the event. Boumeester and Mehling had a great race going for the fourth spot with Jacob Bleess joining in on the battle by lap twelve. Mehling and Boumeester swapped lines a couple times until Bleess decided that was enough and powered below them both to take over the fourth spot. At the finish it was Crapser with the win, Scott, Wheeler, Bleess and Mehling rounded out the top five. Heat races were won by Scott, Bleess and Boumeester.

Troy Voth paced the field for the Six Two Graphics WISSOTA Street Stock feature event. Shaun Mann sat in second as they set the pace early on. With two laps completed Danny Richards and Kory Adams were side by side for the third spot while Mann started to put pressure on Voth for the lead. With the top four side by side in two rows Nick Schwebach moved into the top five. With five laps completed Mann took over the top spot with Richards quickly challenging Voth for the second spot. Richards took over second on lap seven and by lap eight was pressuring Mann for the top spot. Mann took the lead on lap nine while Schwebach took over the third spot on lap ten. Schwebach then worked past Mann for second on lap fourteen. A final caution saw a green white checker dash to the finish with Danny Richards taking home the win. Schwebach, Mann, Voth and Adams rounded out the top five. Heat races were won by Mann and Adams.

The Elma Performance and Fabricating USRA B-Mods pulled onto their track for their feature event with Ben Moudry jumping out to the early lead. Jacob Bleess quickly took over the second spot. The first caution flew at the completion of lap one and on the restart Moudry again led with Bleess in second. Cory Crapser and Alex William

son battle for the third spot. With three down Bleess moved up the track and flew around Moudry to take over the lead while Crapser and Williamson still battled for third in a great race. Another caution with seven down saw Williamson move to the high side and blast into the second spot behind Bleess. Chad Roseendahl moved inside the top five moving past Crapser for fourth. With thirteen down another caution flew and on the restart Williamson led. Bleess held onto the second spot with Moudry in third. Crapser retook the fourth spot while Erik Kanz moved into the fifth spot. At the finish it was Williamson with the win followed by Bleess, Moudry, Crapser and Kanz. Kenny Boge Jr. won the B-Feature while Trevor Fecht, Bleess, Roseendahl and Williamson won the heat races.

Brandon Duellman led early in the Wagner Trucking WISSOTA Super Stock feature event with AJ Hoff in second. Brian Fetting sat in third early until lap two when Tommy Richards moved to the top side of the speedway and flew around Fetting and Hoff to take over the second spot. A caution came out on lap three when Duellman had the rear end of his break. On the restart Richards used the lucky break to lead the field to the green. Jeff Brauer who worked into the top five before the restart quickly took over the second spot with Hoff in third. Fetting pressured the rookie Hoff through the remaining laps for the third spot but up front it was Richards slowly pulling away from the field to take home the win. Brauer, Hoff, Fetting and Gary Wiersgalla rounded out the top five. Duellman and Wiersgalla took home the heat race wins.

Jason Cummins was shot from a cannon on the start of the NAPA AutoCare USRA Modified feature and quickly pulled away from Steve Wetzstein in second. Watching through the pack there were some great saves and the cars were on edge during this fast paced feature. Nate Wasmund and Jacob Dahle had a great battle going for fourth. Les Duellman started to pressure Dahle for the fifth spot on lap seven until a caution flew on lap ten. Cummins again led on the start with Wetzstein in second and Joel Alberts in third. Another restart on lap eleven saw Cummins slow bringing out another caution. Wetzstein used the lucky break to restart the race holding the lead. Wasmund moved into second with Alberts in third. Duellman and Brandon Davis battled for the fourth spot. Duellman pushed up in four allowing Davis and Bob Timm to move past into fourth and fifth.   Another caution flew on lap fourteen with Wetzstein leading. Alberts was in third until he also pushed up allowing Timm to move into the third spot leaving Alberts to race with Davis for fourth. A final restart saw Wetzstein’s horsepower move him back out in front with Wasmund in second. Alberts and Lucas Schott raced for third ahead of Davis. With two to go Davis made it a three wide battle for third. As the checkers flew Wetzstein took home the win ahead of Wasmund, Davis, Alberts and Schott. Heat races were won by Cummins, Timm, and Dahle.

Some really tight point battles were decided on this final night of track points. Brandon Davis topped Jason Cummins in the USRA Modified division by 50 points. Jeff Brauer took home the title for the Super Stocks in a very close 1 point advantage over Gary Wiersgalla. Wiersgalla held the lead after the heat races but was unable to hold onto the lead. Jacob Bleess and Cole Queensland were in a tight battle coming into the night but when point leader Queensland’s night ended up in an incident with the back stretch wall Bleess took home the USRA B-Modified championship. Mike Blowers wrapped up his title defense over Nick Schwebach by taking the green in the feature with a 14 point advantage at the end. Jacob Bleess took home title #2 at the speedway for the 2014 season with a 3 point advantage over Dustin Scott in the WISSOTA Midwest Modifieds. Congratulations to all the point champions and thank you to all the drivers and fans that supported the speedway in the 2014 season.

Racing action resumes next Saturday with the annual Labor Day Duel featuring the USMTS modifieds. Racing action is set to start at 6:00. 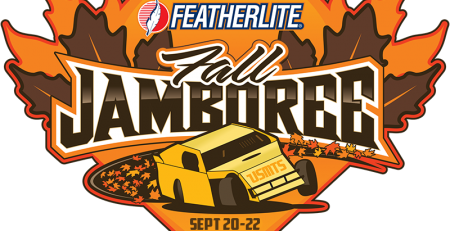 Deer Creek Speedway Thursday morning update: The races for this evening are canceled. Rain throughout the night and this... read more

SPRING VALLEY, MN:  Terry Phillips has won a lot of big races in his 25 years racing Modifieds and... read more