SPRING VALLEY, MN – July 17, 2013: (Photo courtesy of Gulbranson Photo) Some may think the world is coming to an end but in just over a week it will truly be just beginning as of one of the largest paying open wheel modified races in the country hits the high banks of Deer Creek Speedway in Spring Valley, MN.

The World Modified Dirt Track Championship presented by Bauer Built Tire & Hanson Tire Service is just around the corner and it has the possibility to change not only someone’s season, but their career.

Originally the 31 car USTMS Modified A-Main event was scheduled to pay $15,000 to win but we have some earth shattering news!  Red Tail Tackle owners, Randy and Patty Eastvold, have rocked the racing world with their announcement of adding an additional $5,000 to the event which will now pay a staggering $20,000 to win!

Teams will have to work a little harder to cash in this year because Saturday night’s high paying A-Main will not only be one of the largest in the history of the speedway but it will be the longest.  Teams will have to take a strategic approach to the final race which is scheduled to run 100 laps.

Check us out online at www.deercreekspeedway.com for daily updates on this historic event! 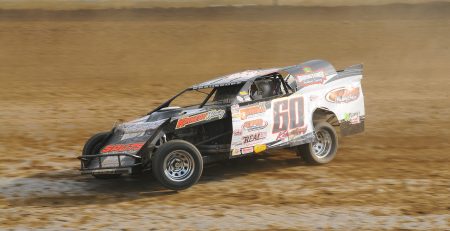 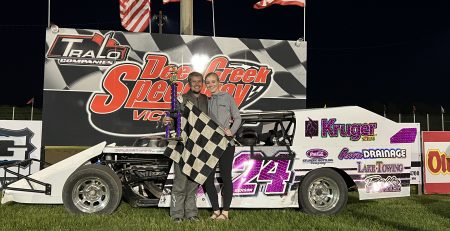 Spring Valley, MN (June 18) By: Todd Narveson It was Pink-Out Night with Join The Journey at Deer Creek Speedway. The... read more

Ride along with Jason Schlangen in his #27 USRA Modified during his heat race at Deer Creek Speedway in... read more 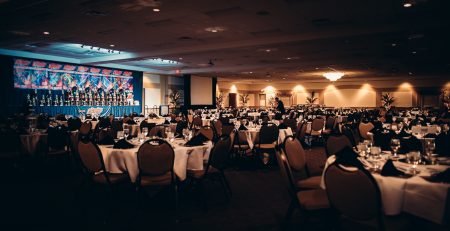