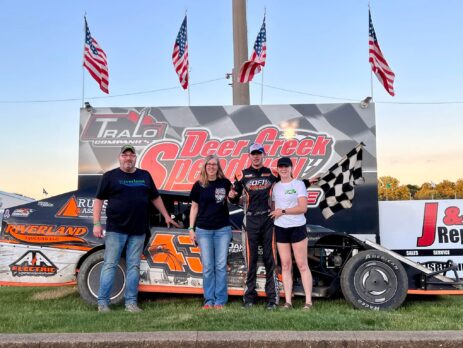 Spring Valley, MN (June 25) By: Todd Narveson Early morning rain on Saturday did not stop the race program at Deer Creek Speedway on Saturday. The track prep crew was able to get the facility in great shape for racing action. There was a good field of 102-cars in the five classes. Two more first time Deer Creek winners were crowned and one feature race was won in the final corner. This week’s event was presented by Jones Ace Hardware, Randy & [...] 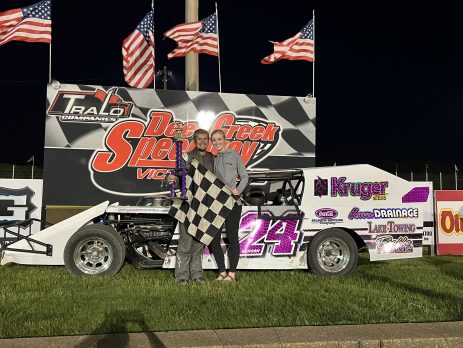 Spring Valley, MN (June 18) By: Todd Narveson It was Pink-Out Night with Join The Journey at Deer Creek Speedway. The night helps raise awareness and money for the fight against breast cancer. There was a silent auction, raffles, 50/50 sales and a push-up challenge for the five feature winners. Another good field of 100-cars signed in for the program that was presented by First Farmers & Merchants State Bank, Weber Auto Parts, Old Dutch along with Evans Printing & Publishing. The Dirt [...]

SPRING VALLEY, MN – June 11th:  All events scheduled for June 11th at Deer Creek Speedway have been cancelled due to the current conditions of the grounds and the recent and persistent rain. The action will pick back up next Saturday, June 18th with all five weekly classes. For more information visit us online at www.deercreekspeedway.com  or “LIKE” our Facebook Page.  You can also follow us on Twitter @DeerCreekSpeed (#TheCreek) or on our YouTube channel. 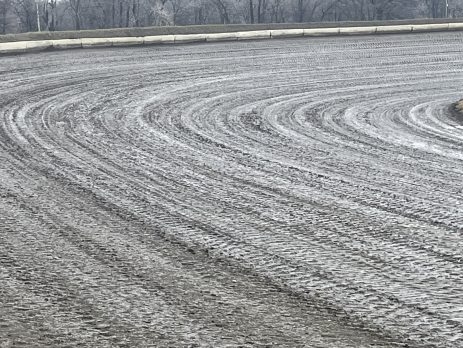 SPRING VALLEY, MN - June 4th:  All events scheduled for June 4th at Deer Creek Speedway have been cancelled due to the current conditions of the grounds and the recent rain. The action will pick back up next Saturday, June 11th with all five weekly classes. For more information visit us online at www.deercreekspeedway.com  or “LIKE” our Facebook Page.  You can also follow us on Twitter @DeerCreekSpeed (#TheCreek) or on our YouTube channel. 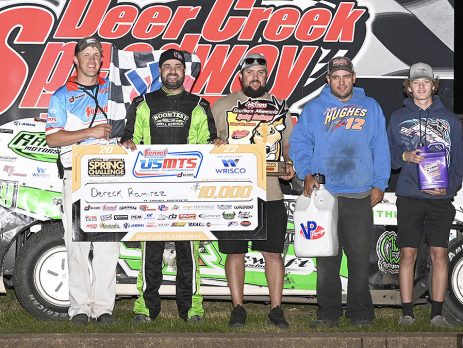 Facebook Tweet Pinterest Email Dereck Ramirez notched his first win of 2022 with the Summit USMTS National Championship presented by RacinDirt on Saturday night by leading every lap of the 19th Annual Southern MN Spring Challenge at the Deer Creek Speedway, Spring Valley, Minn. For the defending USMTS national champ from Woodward, Okla., it was an emotional post-race celebration following his first win since the passing of his father Leon Ramirez in February after a long, hard-fought battle with cancer. “I still got my family [...] 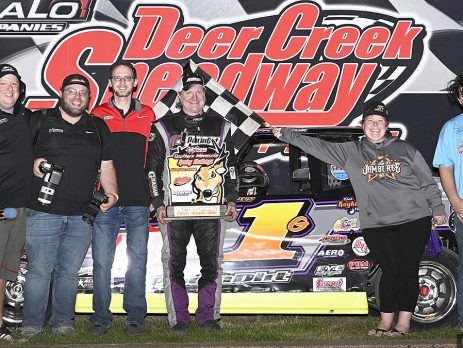 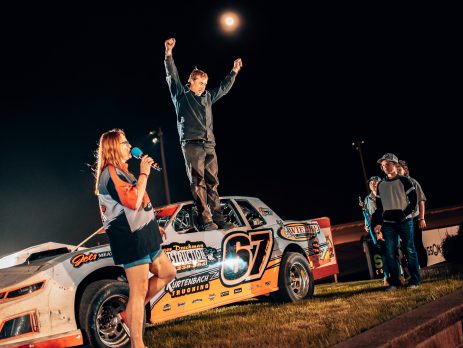 By: Todd Narveson A cool and crisp evening greeted everyone at Deer Creek Speedway this week. The race program went on as scheduled and 106-cars signed in for action for night number two. This week’s show was supported by Gjere Construction, Gerald Peter of Channel Seed along with Randy and Sandy Norby. There was another large field of Kid’s Dreams Come True USRA B-Mods this week with 39 in attendance. Five heat races and two B-features determined the 26-car field for [...] 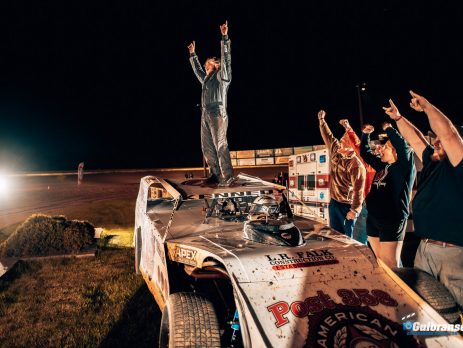 (May 14, 2022) By: Todd Narveson It was a picture-perfect night for the 2022 season opener at Deer Creek Speedway. A great field of 115-cars signed in and a good crowd came out to see some racing. Rent-N-Save along with Randy & Sandy Norby sponsored this week’s program. The Dirt Doctor Trucking WISSOTA Midwest Modifieds got the feature races started with their 18-lap main event. Nick Koehler took advantage of his front row starting spot to dominate from start to finish. A couple [...] 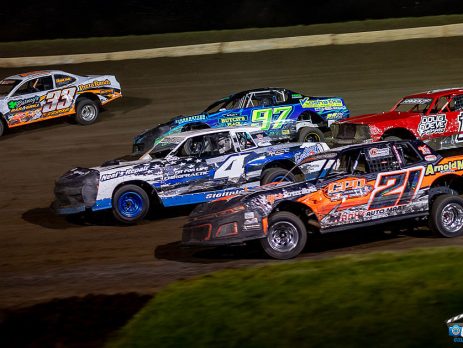 November 16, 2021 One of the most popular divisions sanctioned by the USRA, the Medieval USRA Stock Cars enjoyed a surge in popularity in 2021 with several racetracks throughout the Great Plains adding the fierce full-fendered class to their weekly lineups. Beginning in 2022, the USRA Stock Cars will become part of the Summit USRA Weekly Racing Series program at another one of America’s premier dirt tracks—the Deer Creek Speedway in Spring Valley, Minn. The high-banked 3/8-mile clay oval located in the [...] 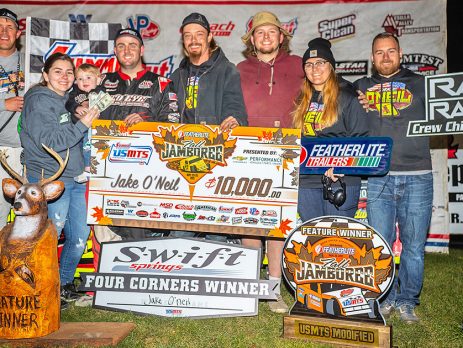 Jake O’Neil saved his best for last Saturday night at the Deer Creek Speedway and took home his second straight Featherlite Fall Jamboree trophy from the high-banked 3/8-mile clay oval in the rolling hills of Spring Valley, Minnesota. For his ninth victory of the season with in Summit USMTS National Championship fueled by Casey’s competition, the 29-year-old from Tucson, Arizona, earned $10,500 and his 19th career USMTS triumph. He’s now won five of the last seven USMTS contests at ‘The Creek.’ “Yeah, [...]